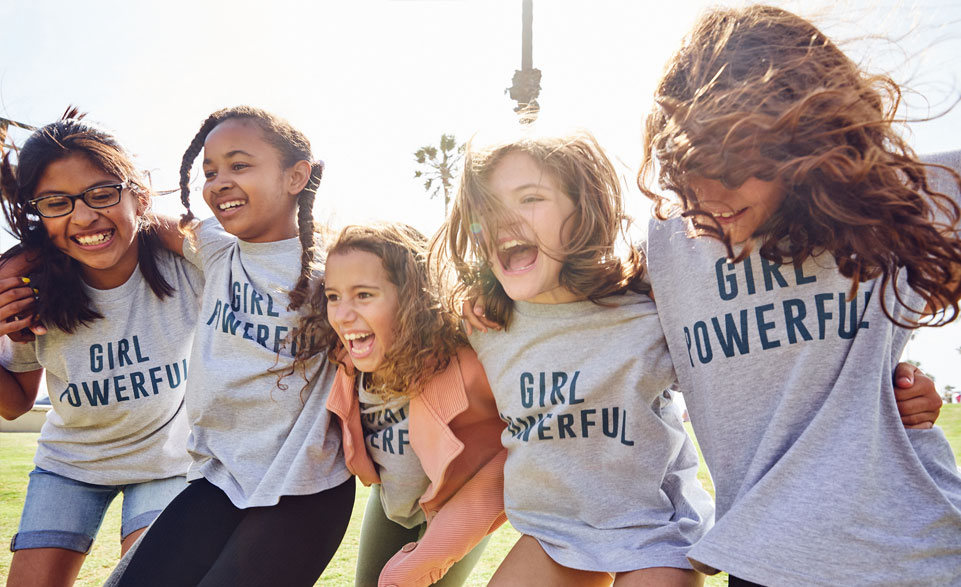 Spark Your Inner Confidence: Welcome to the World of Girl Powerful™

“Success, it turns out, correlates just as closely with confidence as it does with competence” wrote Katty Kay and Claire Shipman in The Atlantic in May 2014. These wildly successful journalists, at the top of their games, were both plagued by the nagging sensation that they are not as qualified as their resumes conclusively proved. They cited a study conducted by Hewlett-Packard that found women apply for a job only if they believe they meet 100% of the qualifications, where men would apply if they met 50%. If women are rejected from a job, they will internalize that as proof they are not good enough to have pursued it in the first place – and will avoid putting themselves out there in the future. Raise your hand if this sounds familiar – mine is already in the air.

The penchant for perfectionism plagues women their entire lives and the statistics Kay and Shipman use come from populations who are already thriving — post degree, employed and making money. If privileged women suffer from a lack of confidence and it affects their lives so critically, what about the women and girls who are underprivileged? Can they achieve their true potential without self-confidence?

What if we could isolate the conditions that lead to a lack of self-confidence early on, during the critical time between childhood and adulthood when kids are forming their sense of self? What if we could ensure that children in underserved communities are provided the opportunity to define themselves on their own terms, in safe, supervised environments?

While we’re dreaming, let’s take it a step further. Imagine if we could equip every girl with the confidence, presence, and poise of a successful female executive as early as the age of eight by teaching her self-worth is inherent and unrelated to wealth, work, or her place on the corporate ladder. The world would fundamentally change. That vision inspired sisters Tedi & Sonya Serge to launch Girl Powerful™, a youth empowerment enrichment program in 2014.

Developing a healthy sense of self, combined with the need for emotional support that Tedi & Sonya sought as children, inform the daily mission of Girl Powerful. While their single mother worked two jobs to provide for the family, the sisters were alone after school, the epitome of latchkey kids forced to grow up fast and be responsible for themselves years before all of their friends. Both women felt, from a young age, a sense of otherness, a sense of being less than, since their family looked so different from the others in their community. At the time of their upbringing, there was no social media to further highlight these disparities, nor mentors in their community showing the girls how to celebrate their own capabilities. The sisters grew up committed to change their circumstances, and to provide services for others they could have used as children themselves.

Girl Powerful, their female founded 501(c)3 based in Los Angeles, is committed to providing after school enrichment programming and mentorship grounded in social and emotional learning to girls between the ages of 8 – 14. “Tweens are an age group people skip over,” says co-founder Tedi Serge. “You’re not a baby, you’re not a teenager. You have no autonomy – and you get frustrated by this lack of control, but you don’t know how to communicate. Our goal is to get in front of these girls and provide them the tools to transition from childhood into young adulthood without shutting down or acting out.”

Over the last 5 years, Tedi and Sonya have worked with hundreds of girls and published Girl Powerful: An Interactive Journal That Sparks Your Personal Strength and Confidence, that distills everything they’ve learned into a guide for the children who participate in their programs and beyond. Over the course of 10 weeks, between 3pm – 6pm, Tedi & Sonya provide healthy snacks, movement based activities, mentorship, and facilitate discussions around soft skills schools are not equipped to explore. They leverage mantras and power poses along with journaling to teach the girls self-soothing techniques. “Our hope is to get them away from screens, spend some time with themselves, learning their own minds,” says Tedi, “ because everyone is posting ‘love yourself’ on social media – but no one teaches you how.”

Self-knowledge, self-love, and self-acceptance are gifts that can only be modeled; the girls learn and develop these skills through interactive lessons led by Tedi, a veteran of LA county schools, and Sonya, an expert in social and emotional development. “When I was a kid,” says Sonya, “nothing like this existed. As I was working on my own mental wellness, I thought, ‘I need to do my part to spare children poor body image, low self-esteem and the scars of self-doubt.’ My hope is for the girls to love themselves at an early age and never lose that connection to their own self-worth.”

In the world of Girl Powerful, every girl has the tools to actualize their potential, which will lead them on a positive path of self-discovery, lighting up the world with their unique gifts.

**You can support the Girl Powerful mission today by donating directly through our website. Every dollar goes to providing programming in underserved communities.**

Sorry, no posts matched your criteria.

We really do have a lot of control over our realit

Girl Powerful®️ is a feeling you have when you

Happiness is something that most of us desire. Day