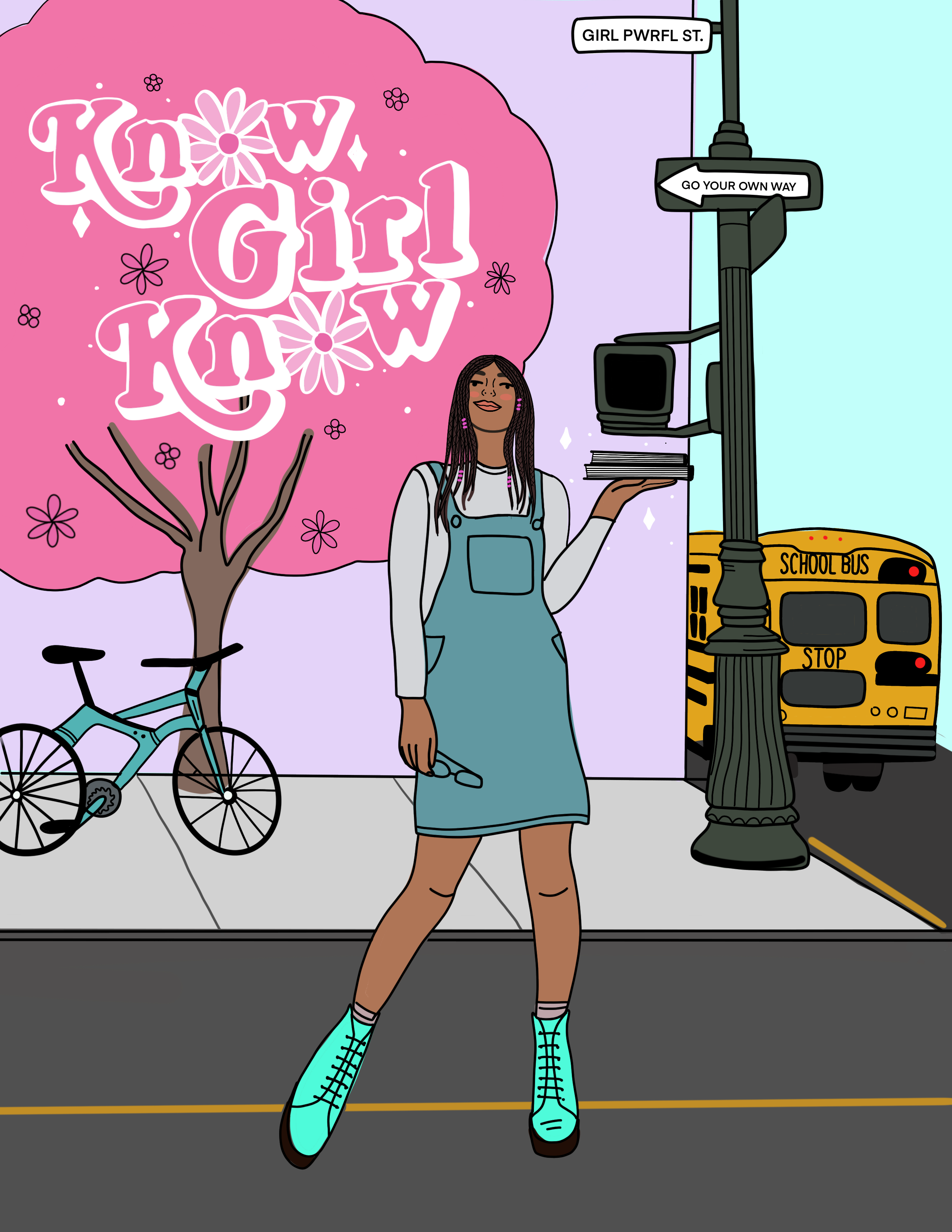 I didn’t notice my skin color for the majority of my childhood. I mean, I knew I was black but it had never affected the way I lived. Growing up in a school that was majority white, I was never surrounded by a lot of people in my own race. I was used to seeing mostly white people and they were used to seeing me. If we learned about Black History, they expected me to speak up and if we were drawing ourselves I was the one who chose the brown crayon. Other than that, I never thought of my race as something that made me different.

But as you grow up, there starts to be separations. I remember me and my black friends bonding over my satin cap that I used to cover my hair when I go to sleep. While my other friends asked a million questions about my hair, and then they would ask me to touch it.  When they touched it, it always felt too much like I was an animal being petted. I realized I barely saw myself in the beauty magazines and if I did, they always seemed to have straight hair or white features. No one truly looked like me. These little differences started to grow as topics such as the N-word and white privilege came up. I read stories about hate crimes and police brutality. Then suddenly the struggles that had always seemed like something of the past, something only heard about in history books, became apparent struggles of today. It became obvious to me, racism never went away. I had just been blind to the small acts of racism that had been in front of me this whole time.

I learned the world would see my skin before they saw my heart and this changed how I saw the world and myself. I looked at the world around me and saw injustice. I looked at myself and saw a black girl without power. So I tried to speak out blaming everyone for the problems that I saw and then I became the loud black girl. A stereotype that I was always scared of. I didn’t want to be seen as aggressive or obnoxious, but when I spoke my mind I couldn’t harness my passion without being aggressive or obnoxious. I went on like this for a while in a confused daze of awareness, but not sure if I could do anything about the problems I saw.

Then my friend invited me to an African American Conference for kids in private schools. At the Conference, I found a place filled with kids who had the same feelings as me. We chuckled and shook our heads as girls shared their stories of white kids wearing Do-Rags to school. We discussed what makes a person black, and how our race is a part of our identity. I walked out of the building with a bigger understanding of myself, enlightened by the so beautiful display of Black Girl Magic that I had just witnessed.

It’s been a few months since the conference and because of the whole situation our world is in, I have had a lot of time to reflect on how the color of my skin has shaped who I am. I realized that in my younger days I had always ignored it, I believed I didn’t see color but because of that I never embraced my own skin.  As I started to become more aware of racism I never knew how to voice my feelings. I felt helpless and stuck. But today I have changed. With George Floyd, Breonna Taylor, and too many more, I’ve seen people of all races, backgrounds, and beliefs come together to fight for equality.

The conference made me realize I was not alone and I had a community of people who had similar stories and a safe place to share my stories. Seeing such displays of unity has made me realize that my voice and feelings have value. It has encouraged me to find ways to speak up. Though some may say I’m too loud or too aggressive, it’s only because I have a story to scream. I want the world to realize that my skin doesn’t define me but it is a part of me. The color of my skin carries the hardships of the past and the hopes for the future. I am proud of my skin. I am proud of who I am.

Sorry, no posts matched your criteria.

Thank you @thrive for the write up on Girl Powerfu

Thank you to everyone involved in spreading awaren

Happy Day of the Girl! Today we are celebrating fe